Mars In Retrograde – “A Slow Down” 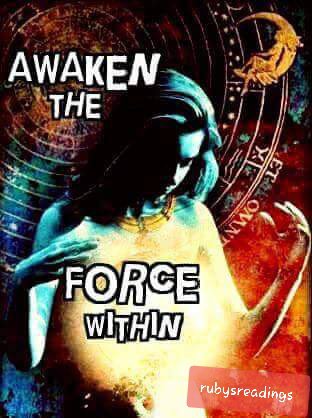 Rubys Astro Alert
Mars Retrograde in Aquarius
“A Slow Down”
Well here we are folks, yet another planet is going into Retrograde! This time it’s Mars. Unlike when Mercury goes Retrograde, and the world’s electronics tend to go wonky, we will need to pay extra attention to our “actions” because Mars rules over our passions, drive, motivation, and physical movement!
With Mars in Retrograde moving in any direction can be difficult. This is a time when we seem to struggle with getting tasks done or we leave things incomplete. Instead of moving around physically, we tend to travel more mentally. It’s a good time to redo, renovate, and repair things instead of pushing to move forward and taking on new projects!
~Mars will be in its Retrograde cycle from June 26th through August 27th!
The planet Mars moves fast so it only goes Retrograde every two years! It’s probably a good idea to think first before starting anything and when taking certain actions, because this cycle tends to lower our energy levels and can cause frustrations as obstacles come up around whatever we make an effort to get done. Most Astrologers agree that during Mars Retrograde we should be extra cautious and if at all possible avoid activities that are considered to be risky or demanding. Lots of folks end up in minor accidents or fail to judge a situation correctly during this time.
Even during this Planetary cycle, life goes on!
For 11 weeks while Mars is Retrograde, we will have to make important decisions even though it’s not the best time. So for example, if you’re unemployed, you’re going to want to accept a new job offer. During Mars Retro you probably will feel the same lack of energy or vitality in any part of your life your take on. So for this reason alone, it’s not the best time to start anything brand new, whether it’s a job, relationship, (sexual or otherwise) or even an argument. If you’ve already started something before this cycle began, it is time to slow down, cool yourself off, and reassess what you want and desire for now before taking any further action.
It’s also not a great time to enter a sexual relationship, committed or not. But most of us don’t want to be celibate, so you probably won’t be. But if you’re planning any important events make sure to pick a time when the planetary influences are working to your advantage, and for some, the Retrogrades are a better time, but let me point out that it’s rare!! But if you pay attention to the planets or have an Astrologer on hand you’ll learn how different planetary cycles affect you.
The bottom line is while Mars is Retrograde its energy is lacking, and this is the planet of Physical Energy, so this is why starting any “new” sexual relationships are seen as being an issue. It’s doubtful once this cycle is over your desire for someone new will continue, or they might feel differently and you can end up breaking off entirely or worse being “ghosted” by your new lover.
However, it’s actually a good time to figure out what you do want around the parts of our lives that Mars rules over such as what makes you feel passionate, driven, sexual, or angry! Even if you have to wait until after this cycle is over to go after it! This is a highly intense energy, which means it’s a good time to wait things out because most anything you start during this cycle will be short-lived. The Universe might grab your attention and lead you towards someone, but this doesn’t mean you should act on it immediately! Take a step back from starting anything brand-new or making any permanent plans until the end of August when Mars is back on track heading in the right direction once again.
This change in energy isn’t to reach a final destination point, it’s not something that lasts, so we shouldn’t change course or stray too far from our normal routines. This includes starting new jobs or relationships! Even though at first it may seem amazing, later on once Mars is back to normal things can happen. It’s important not to jump or to be impulsive just to be with someone new or start up something completely different. We should take into consideration all the planets that are currently in their Retrograde cycles and how this affects us and our lives.
Timing is important even if you work very hard and feel like you’re prepared to go after what you want to accomplish, but if your timing is off you may not get things done or succeed. So for most of us, it’s best to wait until after Mars goes direct on August 27, and start new things at that time.
It just might be a time that when we must work on adjusting our expectations and calmly moving through our frustrations that get in the way of what it is we really want to accomplish. Therefore, if you have activities you want to start, take a step back and re-consider them first. Take this time to pause and reflect on your life and what your next moves will be, then once Mars is back direct you’ll be ready to go!
~Ruby

Reblogged this on Campbells World.

Reblogged this on Moon In Selene and commented:
Mars joins the retro parade – check out what Ruby has to say about it!

thanks Ruby… 🙂 have a safe and joyful Mars Retrograde… 🙂

Your welcome 😉 you do the same.