Neptune Retrograde – “See through the Illusions” 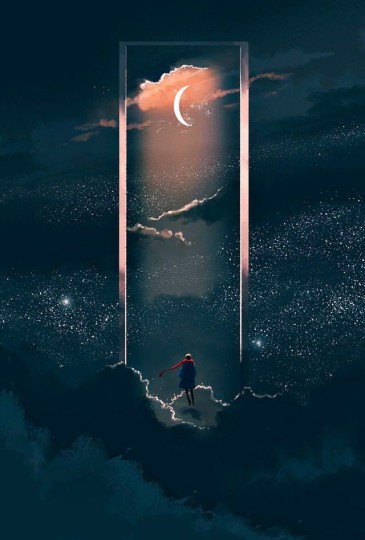 “See through the Illusions”

With so many planets now in what’s called “Retrograde” Cycles, things are going to be strange, off, and confusing! The planets currently involved are Saturn, Jupiter, and soon Neptune and Mars will join them going into their own backstroke Retrograde periods. Then in the first week of July Chiron, the “wounded healer” will also enter its Retro phase, which is a whole different story to explain another day.

We are already starting to see folks resurface from our past and some of them will be our ex’s! Please remember just because they’ve come back around isn’t necessarily a sign from the Cosmos that you are destined to be together, it simply can be there’s something you need to say or experience together. Some of you might have to deal with someone that was more of a feminine influence in your life at one point, perhaps from your past but not necessarily and this person can cause you some problems, so be wary if someone you know comes back around and is a woman, or has taken care of you in some maternal manner.

Unfortunately, we are already in some sort of Astrological portal where lots of folks decide to leave the planet and crossover. So you will see or hear of many stars, officials, and entertainers passing. We went through this cycle years ago where lots of famous folks seemed to check out, and then we experienced a shorter version of this same energy last year when we lost so many famous folks like Prince. So through the beginning of September, you will probably hear more sad news about famous people making their transition. I should also mention this can affect locally famous people as well. Keep in mind sometimes being famous just means being very popular among your peers.

The other issue is there’s a strong rise of suicides happening. Sigh. With Neptune going Retrograde, this energy can be experienced so deeply that its influence makes some folks not only want to escape, but it pulls on them to leave or get out of this physical reality in some way. The shadow side of Neptune’s traits are illusions, dreams, escapism, denial, and delusions, and its influence often is associated with addiction like drug overdoses!

Neptune Retrograde begins June 18th!
But we are already in the “Shadow Period” which just means the planet is slowing down to go Retrograde, so this energy is clearly already affecting us. So let’s focus on this period and the spiritual journey we should be on during this time.

Neptune Retrograde starts June 18 and runs through November 24.
During this time we should focus more on working together towards common goals, as this will help bring in better more positive energies. This is a wonderful time for Spiritual Growth, no matter what your beliefs may be! Neptune rules over our spirit and spiritual journey in this life, and our spiritual growth and expansion.

This particular influence is designed by the Cosmos so you’ll take a time out from your busy life and focus more so on your spiritual journey, to find out truths and expand yourself spiritually. You don’t have to be involved in a spiritual quest the whole time Neptune is in Retrograde, but it’s highly recommended that you do something to connect with your spiritual self. Some examples of this would be taking classes that promote healing of the spirit, be it through meditation, energy healing, perhaps journaling exercises, or taking a yoga class. These really are just a few examples of the many ways you can connect to your spirit or higher self!

A Neptune Retrograde phase can be a serious wake-up call!
It tears down the illusions and deceptions that you have formed in your life and that has perhaps made your visions cloudy. Fantasies will be magnified during this time. Life is certainly about to get real folks, and the reality you realize leads to breakthroughs. If you’ve been lying to yourself about something this Retrograde cycle can help you see the truth.

A client I know had been struggling to stay in a relationship with a married man for nearly four years, when she went through the last Neptune Retrograde, he actually went back to his wife for good, and she realized there would be no divorce after all, there was never a secure relationship in the future with him in the first place! And even though she was heartbroken by this truth, she was also set free to get out a relationship that was based all on lies and that would never last, she has since moved on and has met a wonderful man who she’s been dating for some time now, and I think she can expect Wedding Bells in her future soon!

Another client of mine realized he wasn’t going to get a promotion he had been wanting from the small family-owned company he had worked at for years. He was looked over and that was a tough blow. But Neptune Retrograde helped him see this company would never come through and promote him because he came across an email from the boss that they were only promoting their family members, which he wasn’t. The further you are from the truth the bigger the messages will be. He decided to apply for another job elsewhere and since then has moved up in his new company and really is much happier now.

Warning!!
Neptune’s Retrograde phase is going to bring some challenges and this can make you feel bad about yourself. It’s the worst time to have a pity party, however, and actually feeling bad can cause some folks to get too depressed and make very dangerous choices as we’ve already been seeing. There’s a very thin line between what’s real and illusion during Neptune in Retrograde! And as we try to escape our current reality these lines can be blurred and we can slip and do things we never would normally do. You can take risks and end up in bad situations if you are not careful and a rare few have lost a lot due to these behaviors.

So if you feel bad please talk to someone, anyone, just reach out and don’t allow yourself to get sucked into this energy. And remember one point past “I Quit”, is always breakthrough!! Which means in simple terms most folks who have tried to commit suicide and weren’t successful will tell you they realized that their problems could and would get better the moment they took the action to take their life, they felt regret!

Use this Neptune Retrograde time for the better, for spiritual growth and expansion. Get involved with other folks in things like Metaphysics, Astrology, and Energy Healing. Tap into your higher-self and maybe take some spiritual or cosmic classes. Join groups or causes that seem interesting or that support your beliefs in some way, stay connected to others for support and don’t do this time alone!

If you’re not too sure what you can do to tap into your spirituality, your “Astrology Birth Chart” can show you what part of your personal Chart “Neptune Retrograde” is cruising through, and what part of your life it will be affecting.

If you would like a Reading on how this Neptune in Retrograde will affect you and learn how to follow your own spiritual journey that’s suited just to your own needs. Order a “One Question Reading” from me remarkably priced just about Neptune’s Retro phase and you!
I will do the necessary research and tell you all about your Neptune Retrograde experience and the spiritual journey you should be headed down.

For now, these Readings are by phone only and are not Reports.
~Ruby

Reblogged this on Campbells World.

Reblogged this on Moon In Selene and commented:
Warning!!
Neptune’s Retrograde phase is going to bring some challenges and this can make you feel bad about yourself. It’s the worst time to have a pity party, however, and actually feeling bad can cause some folks to get too depressed and make very dangerous choices as we’ve already seen, as there’s a very thin line between what’s real and illusion during this time. And as we try to escape our current reality these lines can be blurred and we can slip and do things we never would normally do.